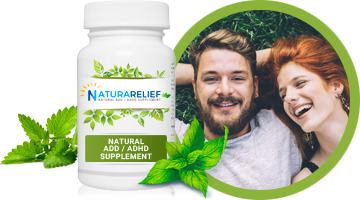 What are the Symptoms?

ADD (Attention Deficit Disorder) is a diagnosed disorder, which affects concentration, attention span and the ability to focus on the task at hand.

ADHD (Attention Deficit Disorder with Hyperactivity) is usually much easier to identify. Apart from their difficulties with concentration and memory, children and adults with ADHD often have associated behavioral problems in class, at home and in the workplace, due to their impulsive behavior and hyperactivity.

Attention-deficit hyperactivity disorder (ADHD) is one of the most common disorders with an estimated 5.4 million diagnosed in the U.S. In May 2013, the American Psychiatric Association released the Diagnostic and Statistical Manual of Mental Disorders, Fifth Edition (DSM-5), changing the criteria to diagnose a person with ADHD.

While the majority of ADHD symptoms remained the same, the DSM-5 made small changes to how experts can diagnose the disorder that affects approximately 9.5 percent of Americans, according to the U.S. Centers for Disease Control and Prevention.

What are the Symptoms?

While anyone can be fidgety or have trouble paying attention, when these symptoms become a distraction at home, classroom or workplace, some extra therapy may be needed to control your symptoms. ADHD presents itself with persistent patterns of inattention, hyperactivity, impulsivity, or a combination or all three.

ADHD presents itself with persistent pattern of inattention, hyperactivity, impulsivity, or a combination or all three.

To be diagnosed with ADHD, a person must meet the requirements set forth in the DMS-5: ADHD and Inattention

The number of criteria for inattention that need to be met vary by age. Children up to age 16 must show six or more symptoms, while anyone over the age of 17 only need five.

The DSM-5 states a child or adult may have an inattentive symptom of ADHD if he or she often:

Just like the inattentive criteria, a child under the age of 16 must show six or more symptoms of hyperactivity and impulsivity, while those older than that only need to meet five. Again, the symptoms must be present for at least six months, be disruptive, and inappropriate for their developmental level.

The DSM-5 states a child or adult may have a hyperactive or impulsive symptom of ADHD if he or she often:

The Three Types of ADHD:

Predominantly Inattentive Presentation: This is what is typically referred to when someone uses the term ADD. This means a person shows enough symptoms of inattention, but doesn’t meet the full criteria for hyperactivity and impulsivity.

Predominantly Hyperactive-Impulsive Presentation: Inversely, this type occurs when a person has enough symptoms of hyperactivity and impulsivity but not enough for inattention.

Combined Presentation: This type is when a person meets the criteria of inattention, hyperactivity and impulsivity.

In all subtypes, the symptoms must be present for more than six months. But, as symptoms can change as a person ages, he or she may change subtypes over a period of time.

Adults with ADHD have typically had the disorder since childhood, but it may not have been diagnosed until later in life. An evaluation usually occurs at the prompting of a peer, family member, or coworker who has observed problems at work or in relationships.

Adults can be diagnosed with any of the three subtypes of ADHD discussed above. However, due to the relative maturity of adults, as well as physical differences between adults and children, adult ADHD symptoms can be somewhat different from those experienced by children. For example, adults with hyperactive/impulsive ADHD are unlikely to run and jump around.

The symptoms of ADD and ADHD can range from mild to severe, depending on a person’s neurobiology and environment. Some experience mild inattentiveness or hyperactivity when they perform a task they do not enjoy, but have the ability to focus on tasks they like. Others may experience more severe symptoms, which can have a negative impact in school, at work, and in social situations.

Symptoms seem to be more severe in unstructured group situations (e.g. on the playground) than in more structured situations where rewards are given (e.g. in the classroom). Other conditions, such as depression, anxiety, or a learning disability may worsen the symptoms of ADD or ADHD. Some patients report that symptom severity diminishes with age. For example, an adult with ADHD who was hyperactive as a child may find that he or she is now able to remain seated or curb some impulsivity.

The good news is that by determining your type of attention deficit disorder and its severity, you are one step closer to finding the right treatment to help you cope. Be sure to discuss all your symptoms with your doctor to ensure an accurate diagnosis.

QUALITY
PRODUCTS MADE IN USA