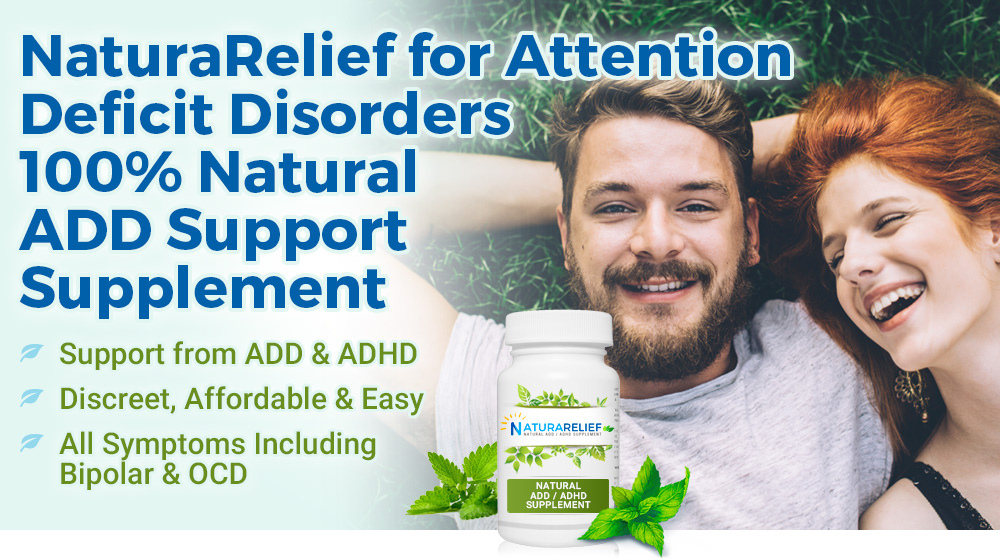 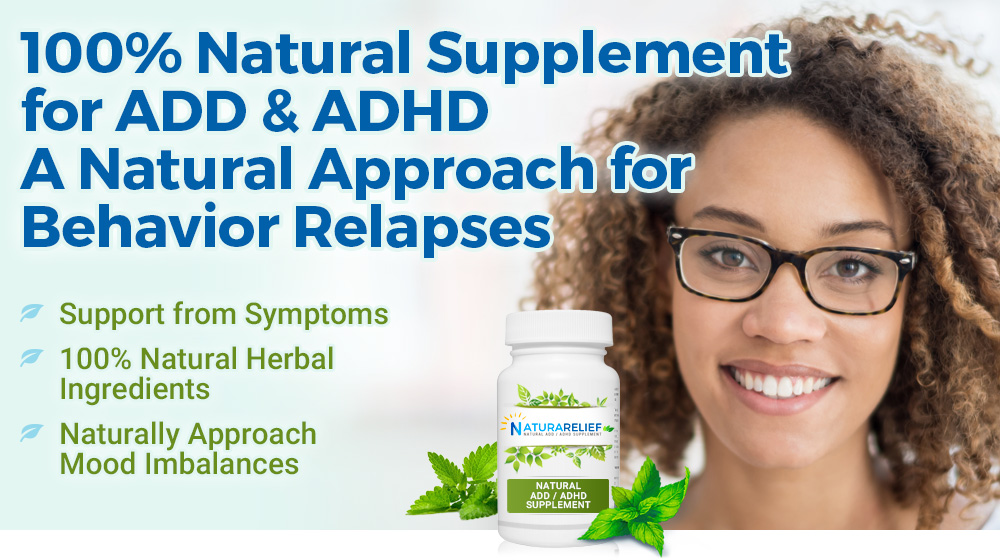 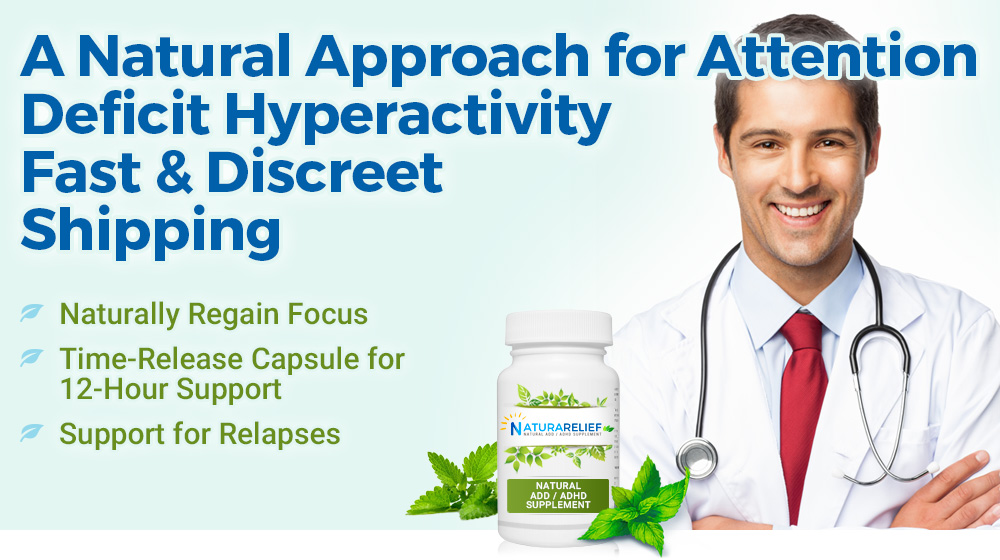 Like you, millions of people are returning to nature for answers to their greatest health issues. It's a fact that 95% of the people who use conventional medications get rid of their symptoms temporarily but usually end up worse than when they started. NaturaRelief has no side effects and provides a natural fast approach to ADD (Attention Deficit Disorder) and ADHD (Attention Deficit Hyperactivity Disorder) including Bipolar and OCD (Obsessive Compulsive Disorder) symptoms. In only 30 minutes, you can start to feel a difference. Then after 90 days of using NaturaRelief, it gets to the root of the problem, restoring balance. Why not give NaturaRelief a try? 98% of our customers have no more symptoms, and do not have to reorder our product! Become our customer for just 3 months... It could change your life.

The Natural Approach without Prescription Drugs

Since 1990, production of the medications used to treat attention deficit disorders has skyrocketed. Prescriptions of Ritalin alone have reached about 11 million a year. Meanwhile, the Centers for Disease Control and Prevention states that ADD & ADHD diagnoses increased by 22 percent between 2006 and 2014. If you’re not comfortable treating this disorder with drugs, you don’t have to. There are other, more natural options such as NaturaRelief.

Are you paying expensive prescription costs for medications that only mask or suppress your disorder? Have you considered your yearly prescription costs for these drugs? Probably into the thousands, especially if you don't have insurance. NaturaRelief will address your symptoms rather than suppress them with medication. NaturaRelief may replace conventional antidotes, and leave you happier, healthier, and symptom FREE! We ship worldwide, only 3-8 days!

QUALITY
PRODUCTS MADE IN USA

"I was diagnosed a few months ago and I recently finished the 90 day supply. I highly recommend this product over other much more expensive, higher rated supplements or useless medications. My doctor had me on a medication roller coaster! Finally I said enough is enough. NaturaRelief is a wonderful product and great customer support!"

"I work in a Naturopathic clinic so I heard about this stuff when it first came out and I've been using it for years. I often wouldn't take my prescription medication because it would make me nauseous and sleepy. When I switched to NaturaRelief, there was no side effects! Thanks for a great product!!"

"This is the way to get a handle on so many of the struggles we with ADD face every day like losing things, hyper focus, your to do list, chronic tardiness, procrastination, etc. If you are newly diagnosed & overwhelmed with the ADD symptoms, this is the product for you. Or if you have been diagnosed for many years this product will help you make your life easier. Try it, I don't think you will be sorry."

"Your service is the best. Fast shipping, and excellent product with really cheap prices compared to my other medications. I will be purchasing more NaturaRelief! Thanks."

"Dear NaturaRelief, Your product has more than lived up to their billings. Josh is doing better now than he has been in the past 6 years and after numerous attempts with medications and supplements. My wife and I have noted a tremendous positive change in him and it is wonderful. I am grateful beyond words to NaturaRelief and its team. We have reordered the product and will keep him on it for now. I assure you that I will recommend your products to anyone I talk with."